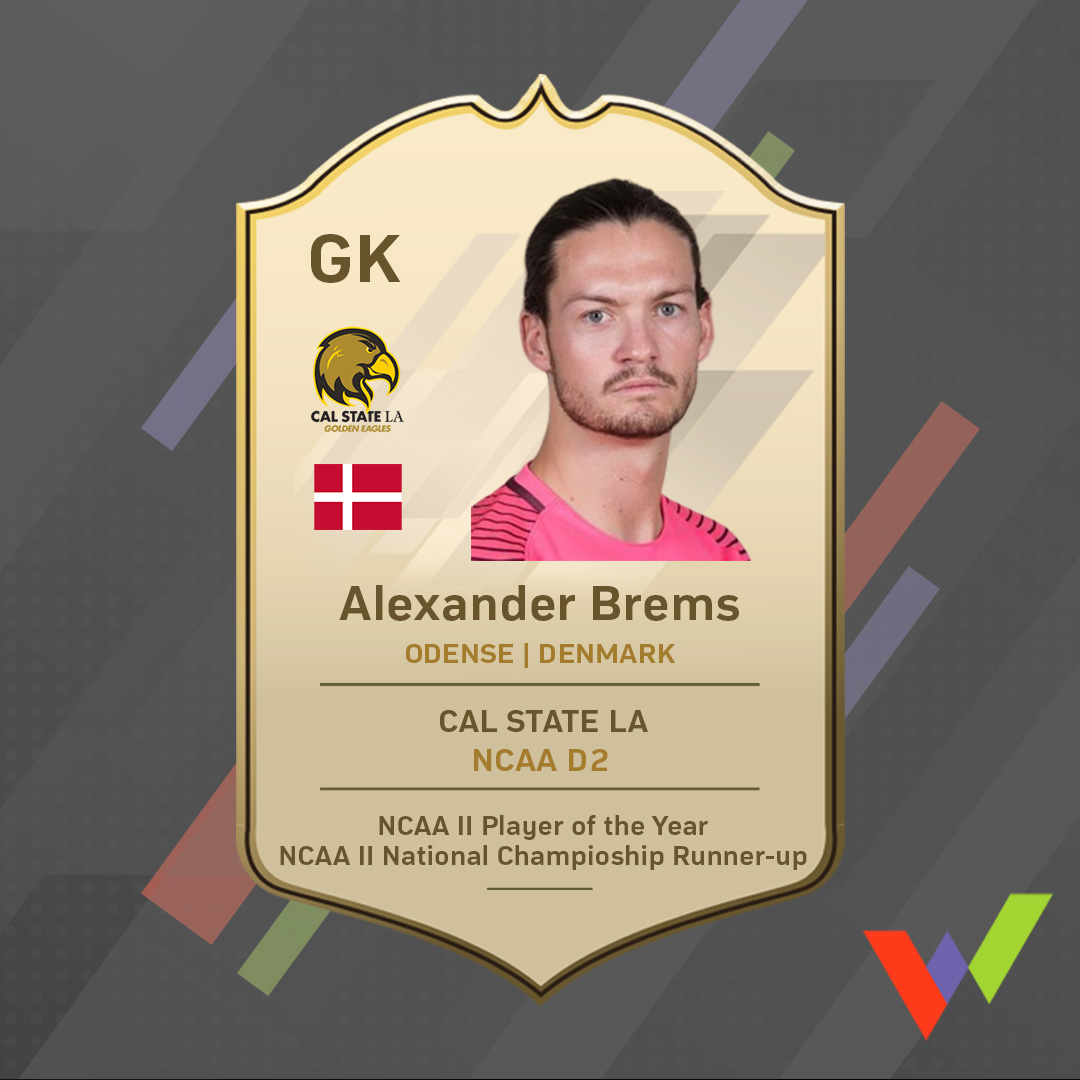 Senior goalkeeper and WARUBI Sports team member Alexander Brems was named the NCAA Division II Men’s Soccer Player of the Year by the coaches’ organization. After an historic season with his Cal State LA men’s soccer team this is the first time in program history a Cal State LA player has received the highest individual award possible in the NCAA DII.

Brems was a key figure in Cal State LA’s record-breaking season with a 22-match unbeaten streak and No. 1 seed in the National Tournament. The Golden Eagles reached the NCAA Championship game for the first time since 1981 and for only the second time in program history.

Finishing the 2019 season with a program-best 19-1-3 overall record, Brems earned first-team All-America honors from two organizations after a nation’s-best 14 shutouts and a goals against average of 0.42.

Brems ended his two-year career with 28 shutouts, which set a new program record. The old mark of 27 was held by David Jacques since 1986.

“Alex has been an integral piece to our success during his time with us over the past two years,” Cal State LA head coach Chris Chamides said. “We’ve won multiple championships in his tenure and his play has been a big part of that work. Congratulations and credit to him and his teammates for this recognition. This is another great day for our program.”

The 19-1-3 overall record resulted in the highest winning percentage in program history (.891) and the one loss is also a program record for a single season. They also were just the 11th team in any sport at Cal State LA to finish as a national runner-up and first since women’s track and field in 1995.

The national players of the year will be honored at the United Soccer Coaches All-America Ceremony and Reception in January in Baltimore.

What is the difference between the NCAA and NAIA?