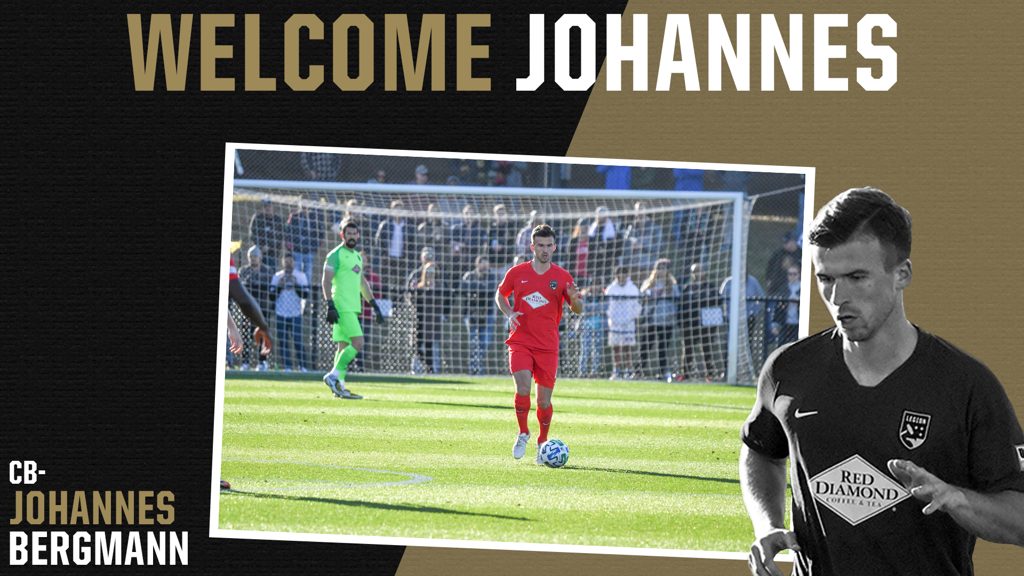 “I’m very happy to announce that I’ve signed with Birmingham Legion FC. This would not have been possible without the help and support of my family, my friends, teammates, and god. I’m very excited about this new chapter in my life and can’t wait for the season to start!” – Johannes Bergmann

The 25 year old most recently played at the University of Maryland from 2017 to 2019 where he started 61 of a possible 63 games and anchored the backline as the Terrapins won the 2018 National Title. He was First Team All-Big Ten, and was on the United Soccer Coaches All-North Region First Team in 2019.

“We are excited to add Johannes. He is an excellent defender and will strengthen the spine of our team.” said Legion FC President and General Manager Jay Heaps.

Before coming to the U.S., Bergmann grew up playing for German Bundesliga youth club RW Erfurt, and then spent three years with FSV Wacker Nordhausen, making 56 appearances. He also was a member of the German Under-18 National Team and German Under-20 National Team.

Launched in 2018 as an expansion member of the USL Championship, Birmingham Legion FC is the Magic City’s first and only locally owned and operated professional soccer franchise. Legion FC finished their inaugural campaign in the Eastern Conference Quarterfinals of the USL Championship playoffs. The club plays home matches at BBVA Field, on the campus of the University of Alabama at Birmingham.

The three-day event offers employees from all MLS clubs the opportunity to view the best college players in the country, including those with remaining NCAA eligibility.

The adidas MLS College Showcase 2019 took place in combination with the NCAA Men’s College Cup 2019 and is an NCAA officially approved scouting event that is closed to the public.

Free evaluation of your chances for a scholarship in the USA > warubi-sports.com/college-apply