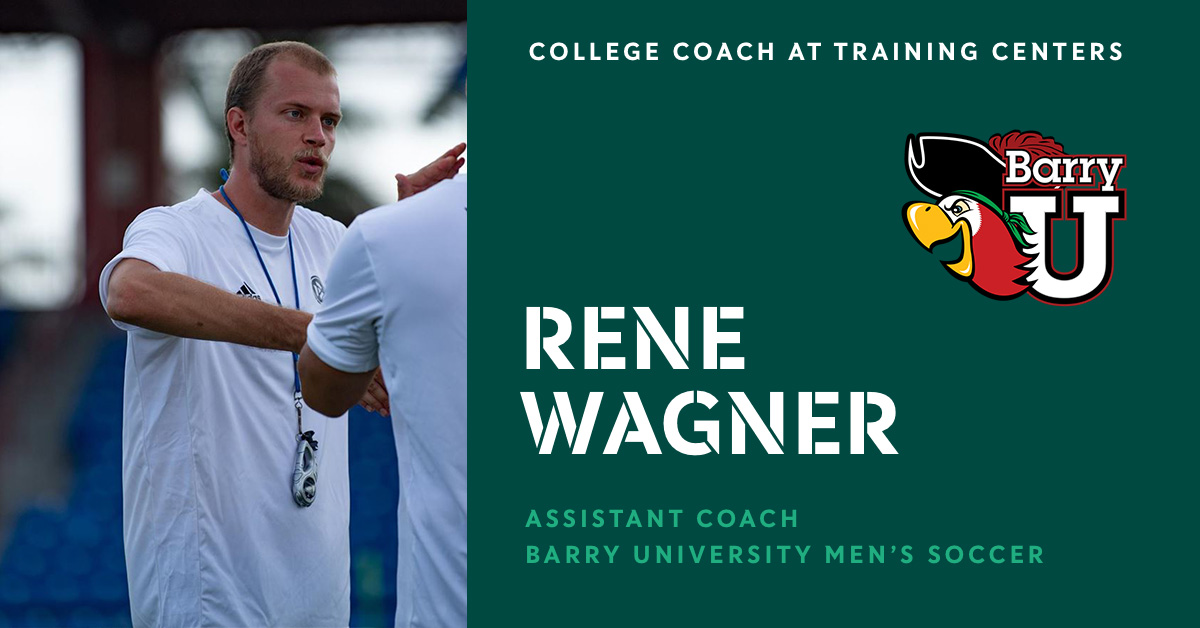 April 22, 2019 – Rene Wagner joins the Barry University men’s soccer coaching staff as the assistant. Exciting news for all players and coaches at the DFB-Akademie Training Centers, as Rene will be attending and coaching all three days in Fort Lauderdale and Largo.

It doesn’t get much better than this…

Wagner brings a strong network in all areas of soccer, after a playing career in Europe and diverse experiences in the US, including playing, coaching and supervising. He has also served as the head coach for the U13 boys with the Palm Beach Garden Predators.

He holds an Elite Youth License and a A Level from the German Football Association (Deutscher Fußball Bund – DFB).

Bucs head coach Steve McCrath said, “I’m excited to add Rene to the staff as I believe his skill sets will fit in well with our program and aid me in growing me as a coach. His ability to teach and reach the players, and other strengths will add to the strong history of great assistant coaches I’ve had in the past.”

Wagner: “I am excited to join the men’s soccer program at Barry University and I look forward to working with the staff and players. Barry is known for excellence on and off the field and I am honored to be a part of such a successful athletic program. (Head coach) Steve (McCrath), the coaching staff and the players managed to achieve something great last year and I cannot wait for next season to begin.”

Wagner played one season with the Sharks at Hawai’i Pacific, helping them to an 8-6-3 mark in 2012. He then went on to be a graduate assistant under coach Chris Fisher in 2015 and 2016. As a native of Dresden, Germany, he played with several clubs in the highest leagues in Germany, including SG Dynamo Dresden, VFB Oldenburg, and Wacker Nordhausen.